Skip to Content
Home / Blog / Are conkers poisonous to dogs? You need to know this It is a crisp autumn evening and you are taking your dog for a walk. Kids are playing a game of conkers and your dog suddenly decides to eat one of those conkers. A million questions are running through the mind while you are watching your dog for choking. One of those surely is are conkers poisonous to dogs?

The answer is a resounding yes! Conkers are definitely poisonous for dogs. The reason is they contain a toxin, aesculin which is a toxic substance. You can see the signs of conkers poisoning one to six hours after ingesting the nut and even after 2 days in rare cases.

Easy Spaniel Training x
Table of Contents hide
1 What to watch for if your dog eats conkers
2 Conkers or Horse Chestnuts
3 What Happens if They Eat Conkers?
4 What will My Vet Do?
5 To sum up

What to watch for if your dog eats conkers

The symptoms of conkers poisoning in dogs are:

While you may witness the above, poisoning is not the risk here since your dog needs to consume several nuts for a severe case. These nuts are rather large and cause blockage in your stomach. Conkers otherwise called horse chestnuts fall during the autumn season. They are the first sign of the Autumn season that scientists watch for conkers to study the climatic change.

Since a long and hot summer means that the conkers will be on the ground long before the summer is officially over.

Every part of the horse chestnut plant is toxic including the leaves. The reason is, they contain a toxin called aesculin which affects not just dogs, but also many animals and also humans.

Another point to note is that there is no antidote for aesculin poisoning and all you can expect from your vet is to ease the symptoms.

This is also an emergency and you should not wait for the symptoms to take him to the vet.

The poison is also a neurotoxin which means it affects the nerve tissues. It can also act like a hemolytic where it ruptures the red blood cells.

Both of these situations are very dangerous to dogs, so if you doubt that your dog has eaten horse chestnut take him to the veterinarian.

Another point to note is that the nut has a spiky shell that is supposed to deter animals but not your playful dog. The hard nut and spiky shell can obstruct his gut and cause untold damage.

And then, there is also the choking hazard.

What Happens if They Eat Conkers?

Your dog can get seriously ill if they eat conkers. Though the symptoms take up to 2 days to show, you can see the signs of poisoning within 6 hours of ingestion.

Your dog will start to look uncomfortable, and exhibit restlessness. They can also vomit, have diarrhea, abdominal discomfort, be dehydrated, and have a toxic shock.

Some dogs go into respiratory paralysis and when this happens death is a reality.

What will My Vet Do?

Your vet will first examine the dog and plan the treatment. To start with he will rehydrate the pet and add any medications that need to be administered.

Then, steps will be taken to pump your dog’s stomach to get rid of any remains of the poisonous nut.

Usually, surgery is not needed but in case of blockage, the vet will operate to remove the large nut.

Conkers are poisonous to dogs and, if your dog eats them then he could make himself seriously unwell.

Although he would have to consume a quantity of conkers to become ill, it is best to be careful and keep him away from area where conkers may be common.

The content of these articles is for informational purposes only and should not be taken as advice. You should always get expert advice from your vet if you have concerns about your dog’s health. 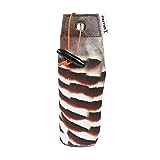 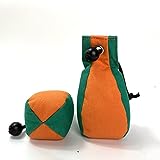 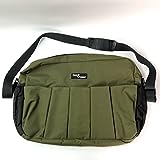