Dog enjoy doing lots of things with their owners and many dogs enjoy music.  As I sit here one of my cocker spaniels is ‘watching’ opera on the TV which makes me wonder ‘Do dogs like singing?’

Many dogs appear to enjoy what we would describe as singing and they will often join in with howls and barks when their owner or family member sing. Some dogs will even sing along to the radio or TV if there are certain types of songs being played.

Table of Contents hide
1 Do dogs like singing?
2 What types of music do dogs like best?
3 Should I sing to my dog?

My own dogs seem to enjoy it whenever we sing as they join in with barks and howls and wagging tails – I take this as the dog’s way of joining in.

Certainly whenever we sing ‘happy birthday’ or ‘Rudolph the red nosed reindeer’ they join in and seem to enjoy it. According to the University of Glasgow, in a study that they conducted, dogs like reggae and soft rock over other genres of music.

The university decided that this suggested that dogs like reggae and soft rock music the best.

I can support this view as, when my dogs were younger, I would leave a radio on whenever they were left alone, the music would be classical rather than contemporary, and the dogs would always settle down and relax when it was played.

Should I sing to my dog?

Why not? There is nothing wrong with singing to your dog and he’ll probably enjoy the interaction and you’ll have some fun.

He might even join in just as my two spaniels do whenever we sing to them.

Just be careful where you sing with them, not because of any concern for you or the dog, but just remember that if you are caught doing it by a non doggy person – well that could be interesting. 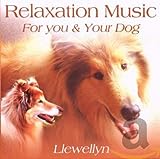 Relaxation For You and Your Dog
View on Amazon 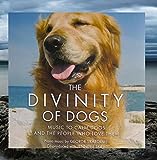 Through A Dog's Ear: Music to Calm Your Canine Companion, Volume 2
View on Amazon Can dogs eat undercooked chicken? It depends on the quality of the chicken 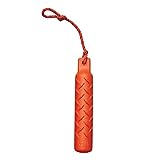