Can a Cavalier King Charles spaniel be left alone?

The Cavalier King Charles spaniel is one of the most popular breeds of spaniel.

It’s also one of the most spoiled and demanding breeds because it was bred to be a lap dog for royalty.

The breed does not do well if left alone or without human contact for long periods of time, and it’s not a good idea to leave your Cavalier King Charles alone for more than an hour. This breed of spaniel is highly reliant on people and being alone for over two hours might have negative consequences on it’s health. If you want a happy and healthy pet, make sure that they have plenty of attention from their humans.

How do Cavaliers behave when they’re left alone?

If you leave your Cavalier King Charles Spaniel alone for more than two hours you should take some precautions to keep it safe, make sure there is ample food for your dog and that the water doesn’t run out.

If possible, leave them in a place where they can see their surroundings like the kitchen or the living room, because this breed gets anxious when left outside.

It’s not a good idea to let them out in the backyard because they might feel abandoned and hurt themselves, like chewing something that could be dangerous for their health.

Also if you have another pet at home remember to make sure your Cavaliers are comfortable with them before leaving them alone together. 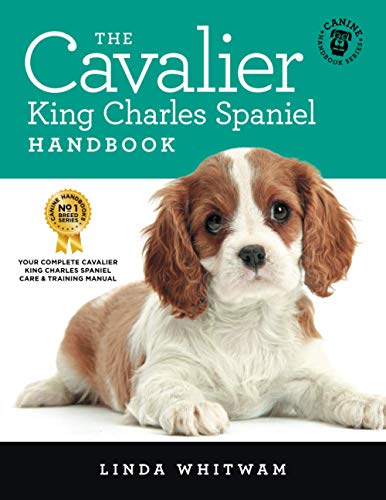 What are the consequences of leaving a Cavalier King Charles spaniel alone for more than two hours?

It’s important to know that the health of your dog could be compromised if you leave it behind with no human interaction for too long.

Leaving dogs at home alone is one of the main causes of anxiety in canines, and this might lead to destructive behaviour like chewing other things, barking and digging.

Cavalier King Charles spaniels need human attention to feel happy and secure, and the lack of it might cause stress that will lead to health problems in the future.

Leaving your Cavalier King Charles behind for over two hours on a regular basis could also affect its mental health, making them depressed or anxious.

This breed is also known as a very vocal one, so leaving it alone will give them an opportunity to howl or bark without being reprimanded.

If this happens too often the neighbours might take actions against you for disturbing the peace.

What kind of precautions should I take if I’m going to leave my Cavalier King Charles spaniel alone for more than two hours?

As well as making sure they have water and are in a safe area, you should also give them their favourite toy or blanket so they feel safe and protected, something that smells like you could be useful as well.

One thing that I’ve found helpful, particularly with young dogs it leaving the TV or radio on.

The sound of voices and/or music can help them feel less anxious while you’re away.

How to help your Cavalier to get used being left alone

Taking things slow and steady is the best way for any form of spaniel or dog training and this includes helping a dog to become used to being alone.

You should decide which room your Cavalier will be left to occupy and make it as comfortable as possible for him.

Put his bed in, some water and some of his toys and blankets.

Get your Cavalier used to being on his own

Start by leaving your spaniel in the room while you do something else in another part of the house.

It’s likely that he will bark or cry but you should try to ignore this – don’t go back to comfort him as things will be twice as bad next time you leave him.

Leave him for 10 to 15 minutes and then return to him – try to return when he is quiet and take a treat or two and make a big fuss of him.

Gradually extend the time that you leave him – only do this exercise once per day and try to return to him when he is settled.

As things progress you can leave him while you pop out to the shops or next door or simply go out and stay outside for a short while.

All the time think of progression to make the time period that he is alone longer.

Always praise him when you return.

Most dogs, Cavalier King Charles spaniels included, don’t like to be left alone, particularly if they are dogs that live in the house with their families.

Always make sure you leave your spaniel with water and some of his favourite things to keep him company.

He will without doubt appreciate you more next time he sees you.

When does a Cavalier King Charles calm down?

Previous post : How to train a dog to sit – learn the simple and fast way
Next post : Why does my dog scratch my bed sheets?