Dogs are amazing creatures. They are loyal, loving, and friendly to almost everyone they meet.

Owning a dog is a responsibility, but it is also a joy and one of the most important aspects of owning a dog is training them to come when called.

Unfortunately, some dogs simply will not listen and will refuse to come back when called.

So, what should you do if your dog won’t come back?

Chances are, that if your dog won’t return, that he is probably interested in a nice smell or similar. You need to work on making his return to you more rewarding, pleasant and interesting than his doggy discoveries when he is running freely.

Having a dog that will return promptly when called or whistled is important.

It goes without saying that a dog that won’t return could run off and become lost or could end up in a dangerous situation where the owner may struggle to intervene.

There are some simple yet effective techniques that you can try and use to encourage your dog to come back quickly when you need him to.

Start with some basic recall training

If your dog is a persistent offender or if he is a youngster then the easiest and safest place to begin work is in the back garden, at home or somewhere enclosed.

Get some tasty dog treats beforehand.

Let Bonzo run freely and sniff around and, after a few minutes, call him to you.

The chances are that he’ll ignore you and carry on sniffing so, get his attention, don’t scream at him or get annoyed, wave the treat around, crouch down, make noises, encourage him to you. 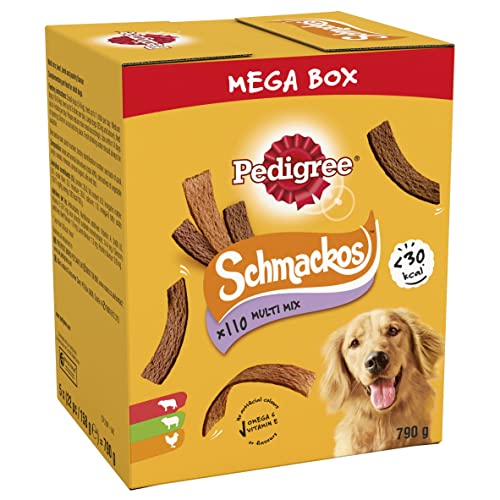 It may take a while but don’t give up.

As soon as he comes to you, even if it is after an age, give him lots of fuss, give him the treat and then let him run off again to sniff around.

By doing this you are trying to create an impression ( in the dog’s head ) of – ‘I can run around and sniff but when I return to the call I get a fuss, a tasty treat, and then I can run off and sniff around again’.

I know that this might sound a bit bonkers but, try to look at this from your dog’s perspective – If the smells that he finds are more interesting than coming when called, then why would he come back?

Make it worthwhile – a bit like sweets with children.

If this doesn’t work then try this

Again, do this at home, outside or somewhere where you have some room.

You will need to get some lightweight cord or string, something that will not break easily but is light enough so that your dog won’t be bothered by it.

It will need to be long enough so that you can fasten it to your dog’s collar or lead so that he can run freely ahead of you while you hold the other end.

Again, armed with dog treats, let your dog run freely with the cord fastened and hold the other end.

After a few minutes, when he is sniffing around, call him to you, if he doesn’t respond immediately begin to reel him in, gently, with the cord, encouraging him all the time.

As soon as he gets to you, praise him and give him a treat, before letting him go again.

Be consistent and persistent

It doesn’t happen overnight and a couple of ‘training sessions’ just won’t do it.

You will need to work on this with your dog but don’t overdo things.

Aim to reach a stage where your dog comes bounding up to you in the garden for his treat quickly then, go somewhere else, that is safe and free from other dogs, and try it there – and keep trying and working on it.

If you need to use a cord then as soon as your dog reaches a stage where he returns quickly, instead of removing the cord, allow it to trail carefully along the ground behind him – within your reach so you can grab it if he doesn’t come when called.

When he becomes reliable with the cord on, remove it and start the exercise again but this time without the control cord.

Things to consider when training your dog to return

Remember that he’s a dog – he is more interested in sniffing around as this is what dogs do.

Compared to the smell of rabbits and other dogs, many owners are just not interesting enough to warrant a fast return – make it worth his while – food bribery in the form of treats works wonders.

Never chastise your dog when he comes back. Yes, I understand that you may have steam coming out of your ears because you’ve been calling and whistling and he’s ignored you.

But, when he comes back you have to tell him he’s a good dog – after all you’ve been shouting him for ages and isn’t this what you wanted him to do?

Punishment doesn’t work so always focus on the positives and aim to reward good, correct behaviours while ( trying your best ) to ignore the bad stuff.

Take your time – this is particularly true of older dogs who will have developed bad habits and will take longer to ‘turn around’. Younger dogs and puppies are often easier to encourage a quick return.

Patience is a virtue when training dogs. This is not only when getting your dog to come back but also in every other training exercise – if things are not working out then stop and have a day off.

Don’t ever lose your temper – this can do more harm than good and a sensitive dog will be terrified – conversely some breeds may respond in kind.

Let him have some freedom – many owners keep their dogs on leads for far too long and there are some that never allow their dog any freedom at all because the dog runs off.

It’s not surprising, I would run off if I got the chance – who wants to be kept on a lead all of the time?

Be thoughtful when using the recall. So many people scream at their dogs to come back when they encounter another dog, for example.

In the dog’s mind he’s seen another pooch that he’d quite like to sniff and say a dog hello to.

If you try to get him to come back then you’re, more often than not, setting yourself up for failure and giving the dog a chance to ignore you because there is something more interesting going on – another dog.

So, think about the situation and remember that he’s a dog.

Getting your dog to return when called is a process that takes time, patience and consistency.

Never give up – you can do it!

Think about what you’re doing from the dog’s point of view and focus on rewarding correct behaviours to encourage him to come back quickly to you.

Be persistent and never lose your temper as this will only make things worse.