Every dog owner has been there.

You’re walking down the hallway to the bathroom, with your dog close at your heels, and then all of a sudden…they take off into the bathroom with you.

So why do dogs follow you to the bathroom?

As it turns out, there are a few different reasons why your dog might be obsessed with coming into the bathroom with you.

Is there a reason why my dog follows me into the bathroom?

There could be a few different reasons why your dog follows you into the bathroom.

It could be that he simply wants to be with you and is following you because he loves you.

Alternatively, it could be that your dog perceives the bathroom as a place of safety and security, and so he feels more comfortable being in there with you.

It could be, although maybe we’re anthropomorphising a little, that he sees that you’re adopting a vulnerable position and he’s going to protect you while you ‘do the business’.

Or, it could be that your dog is just curious about what you’re doing in there and wants to see what’s going on!

Whatever the reason, it’s clear that dogs who follow their owners into the bathroom are just trying to show how much they love them.

Is there anything wrong with allowing my dog to follow me into the bathroom?

No, there’s nothing wrong with allowing your dog to follow you into the bathroom.

In fact, some people might even find it comforting to have their dog with them while they’re in the bathroom.

However, if you’re not comfortable with your dog being in the bathroom with you, then you can always close the door to stop him from following you in.

One of the strongest instincts that drives your dog is that of the pack.

Dogs don’t like to be alone and the human members of the family are part of their ‘pack’ along with any other pets that live in the home.

For the dog, the pack do everything together – walks, feeding, sleeping, playing, hunting and, going to the bathroom.

So, for your dog, following you to the bathroom could be driven by his pack instinct.

Another reason your dog follows you into the bathroom is that dogs don’t really understand the concept of privacy.

They see no reason why you should close the door and exclude them from what’s going on.

As far as they’re concerned, if something’s happening, they want to be part of it.

We’ve all seen how curious dogs can be.

They’re always sniffing around, exploring new places and investigating anything and everything that catches their interest.

The bathroom is just another place for your dog to explore and he’ll want to see what you’re doing in there.

Your dog perceives the bathroom as a safe place

Alternatively, your dog might see the bathroom as a safe place.

When you’re in the bathroom, you’re not going anywhere and your dog knows that.

So, for your dog, the bathroom can be a place to relax and feel secure knowing that you’re not going to leave him alone.

It could be that your dog is following you into the bathroom because he loves smells.

Dogs have a much keener sense of smell than humans and they love to sniff around.

The bathroom can be full of interesting smells for your dog to explore, from the soap you use to the toiletries you keep in there and, of course, those other bathroom smells that most people like to avoid talking about.

So, it’s not surprising that your dog would want to follow you into the bathroom to check out all the different smells.

Dogs generally don’t like to be on their own

Most dogs like to be with their owners and, in the eyes of a dog, a door represents the owner going away.

If you look at it from the dog’s perspective when you close the door on him he has no idea where you are or when you are coming back so, for many, they can become anxious.

With this in mind a dog that is prone to anxiety will rush in front of you when you go to the bathroom so that you cannot close the door on him and that he can be with you.

How do I stop my dog following me to the bathroom?

If you don’t want your dog following you into the bathroom, then there are a few things you can do to stop him.

The most obvious solution is to close the door but, if your dog is anxious or has separation issues, then this could make the problem worse.

Instead, try these tips: 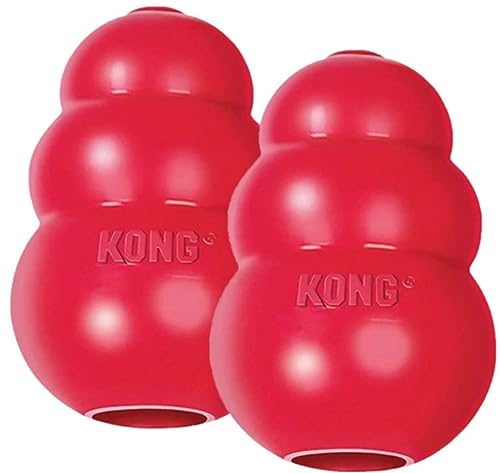 – Establish a ‘bathroom routine’ – if you always take your dog for a walk before going to the bathroom, he’ll start to associate that with you leaving and not coming back for a while so he’ll be less likely to want to follow you in there.

Leave the bathroom door open while you’re in there, it might not stop him following you but he will soon realise that you haven’t disappeared and he’s more likely to wait outside.

Most dogs follow their owners around and this includes visits to the bathroom.

There can be several reasons for this behaviour but, generally speaking, it’s because dogs like to be with their owners and they’re curious creatures.

If you want to stop your dog from following you into the bathroom, then there are a few things you can do but, ultimately, you should just accept that this is something your dog does and learn to live with it.

Previous post : Are Borzois good pets? What you need to know.
Next post : What is a Basenji? Discover this great breed