It’s no secret that dog owners love to smother their pets with affection.

But do dogs really enjoy all of that attention, or are they just tolerating it because they know it makes us happy?

Let’s take a closer look at the question, “Do dogs like kisses?”

It depends on the dog. Some dogs will absolutely love the attention and affection that comes along with being kissed by their humans. Others, not so much. It really varies from dog to dog.

The answer may depend on the dog.

Some dogs seem to love being showered with kisses, while others may tolerate them or even try to avoid them.

One way to tell if your dog enjoys being kissed is to observe their body language. If they lean into you and appear relaxed, it’s a good sign that they’re enjoying the attention.

However, if they pull away or start to squirm, it’s likely that they’d prefer you kept your lips to yourself.

Ultimately, every dog is different, so it’s important to respect your pet’s wishes when it comes to displays of affection.

Much like people, every dog is different and will therefore have different opinions on being kissed.

Some dogs seem to genuinely enjoy the attention and will even lick your face in return, while others would prefer to be left alone.

If you’re not sure how your dog feels about kisses, pay close attention to their body language.

If they start to squirm or turn their head away, it’s a good sign that they’re not enjoying it.

Some dogs seem to dislike being kissed by their owners.

There are a few possible explanations for this behaviour. For one thing, dogs have a much stronger sense of smell than humans, and they may not appreciate the smells associated with our mouths.

In addition, dogs rely heavily on body language to communicate, and our kisses can sometimes be misinterpreted as aggressive or threatening behavior.

Finally, it’s possible that some dogs simply don’t like the sensation of having something wet and slimy touching their faces.

Whatever the reason, it’s important to respect your dog’s wishes and avoid kissing them if they seem uncomfortable or resistant.

How to tell if your dog likes kisses

If you’re not sure whether your dog enjoys being kissed, there are a few things you can look for.

First, observe their body language. If their tail is wagging and they’re leaning into you, that’s a good sign that they’re enjoying the affection.

If they’re trying to pull away or have their ears flattened against their head, on the other hand, they may not be as keen on the kissing.

You can also try giving your dog a little kiss on the nose or cheek and seeing how they react.

If they return the gesture by licking your face, that’s usually a sign that they like it.

Alternatively, if they back away or seem uncomfortable, it’s best to refrain from kissing them on the face.

So, do dogs like kisses? It depends on the dog.

Some seem to genuinely enjoy the attention, while others would prefer to be left alone.

If you’re not sure how your dog feels about kisses, pay attention to their body language.

If they start to squirm or turn their head away, it’s a good sign that they’re not enjoying it. What do dogs do at night?

What to do if your dog eats a tampon Dogs appear to do strange things at times and they can often react in ways that we don’t understand. So, why do they behave the way that they do? 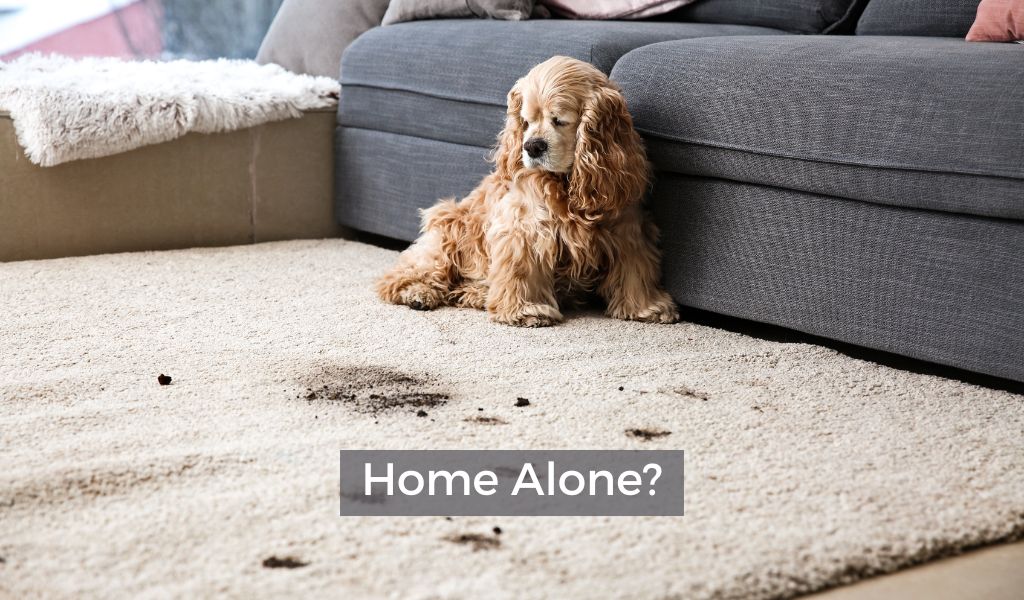 Can Cocker spaniels be left alone?

Many places are not dog friendly which means that you will, at some point, need to leave your dog at home. Let’s look at the practicalities. Dogs are curious creatures, and it’s only natural to want to know what they’re thinking. So, can dogs see TV? Let’s find out.