Do Cocker spaniels bark a lot?

The U.K Cocker spaniel is a breed of gundog. It is a good-natured and active sporting dog that is well and compactly built – a choice for most dog lovers. But why do Cocker Spaniels bark a lot more than most other dog breeds?

Cocker spaniels are considered quite notorious barkers because their bark is a natural response to stimuli or situations. They bark as a warning to specific situations, especially as a natural way to communicate or respond to situations such as perceived danger, the telephone, or doorbell ringing.

Unlike other dog breeds, numerous triggers can make a cocker spaniel embark on a barking spree, which you would probably agree can be annoying.

The cocker spaniel has a heightened level of separation anxiety. And unlike other breeds, the English cocker spaniel requires a great deal of companionship.

Otherwise, they will express their unhappiness through endless barking. That said, let’s focus on the reasons why cocker spaniels bark a lot, why they bark, and some of the measures you can take to minimize their barking:

Why are cocker spaniels notorious barkers?

It is natural for all dogs to bark. That is a fact of life. And whereas some dogs will bark more than others, some breeds are more prone to barking than others.

As already stated, though, a dog barks to communicate. It is their language.

But the cocker spaniel is one of the most notorious barking breeds of dogs. They bark naturally to respond to or communicate certain situations that may include but not limited to:

Despite their excessive barking, cocker spaniels are a top-notch lovely and cool-tempered breed of dogs.

They bark to let you know about things. But to a certain extent, as most of your dog lovers would agree, it can be rather annoying when your dog starts barking literally at everything without any apparent reason.

But for cocker spaniels, this has nothing to do with their temperament. It is natural.

If you own a cocker spaniel, you will bear me witness that it is one of the most lovable dogs. And more often than not, you will realize that it will bark under the following circumstances:

The above three situations can trigger your cocker spaniel to bark. And for how long will depend on how good you are when at controlling your dog.

In this case, the first step would be to identify the reason for its barking before you can calm it down.

Other reasons for barking in Cocker spaniels

Cocker spaniels do not have the patience to be left alone for several hours because, unlike most breeds, they need a great deal of companionship.

Most cocker spaniels would always almost certainly respond by barking when on they are on their own.

In other situations, they may respond by engaging in destructive chewing and growling – a show of emotional sensitivity.

Beyond that, the following causes could trigger your cocker spaniel to a barking spree (and this isn’t isolated to this breed only).

You can tell that your dog wants attention if, while barking, it rolls on the ground or growls.

All dogs want attention, but cocker spaniels demand attention and affection from their owners.

If they don’t get it in abundance, they will bark. They can also bark to make certain demand such as:

Going to the toilet.
Needing to go on a walk in the park.
Wanting a treat.

And whereas you may choose to ignore some of the barking and mistake it for attention-seeking, you will have no choice but give in if it wants to go out..

This is one of the most common reasons your dog will bark.

Dogs are naturally territorial, and when intruders or other dogs find their way wandering around in a territory they consider theirs, they will bark to scare or give away a warning.

Cocker spaniels, more so, will bark excessively due to their overprotectiveness of family and property.

Furthermore, their barking isn’t always triggered by things out of the ordinary.

Even a delivery man knocking at the door will be perceived as dangerous. And the pattern will be similar; as the danger gets closer, the barking gets even louder.

It gets even worse if the cocker spaniel hasn’t been consistently or properly socialized.

A cocker spaniel has quite a lovely temperament and personality.

They are quite social and energetic, and they don’t respond favourably when left alone for longer periods.

They thrive well with someone or another dog to play with.

If they can’t have the above, then barking will definitely set in.

Besides, because of the frustration that could stem from boredom and loneliness, they can resort to destructive chewing, barking, and growling as an entertainment mechanism.

This happens most if they are either left alone or if they have stayed indoors for long periods. 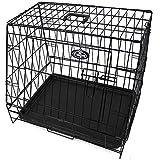 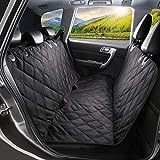 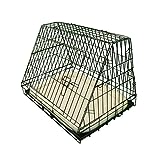 This happens in a similar way to loneliness, as explained above.

If you leave your cocker spaniel alone for extended periods, it will suffer from separation anxiety.

This condition is detrimental to the dog’s overall mental health, with the immediate response being excessive barking.

That is not isolated to this dog breed either. That’s because, usually, if you leave your dog alone, separation anxiety will set in. And what follows generally is destructive behaviour, of which excessive barking is one of them.

Wondering why your cocker spaniel can’t stop barking? Well, it could be because of injury or another health condition that is causing unbearable pain or discomfort.

However, the bark that stems from pain and discomfort is usually low-pitched, unceasing, and usually alludes to a plea for attention to help.

It is vital in such scenarios to check your cocker spaniel for any injuries and call in at the vet’s office if necessary.

A poorly socialized cocker spaniel will always almost certainly bark, and for no apparent reason sometimes.

The best practice is to have your puppy get around humans and other dogs during its early days.

This can be achieved if you do group puppy training. That isn’t easy per se, but it will pay off in the long run.

This is the stage you wouldn’t want your dog to get to because it is a nuisance many dog lovers can’t handle.

The barking doesn’t even have to be triggered. What happens is that your dog will bark because she loves to hear its sound of barking.

Hence, it becomes less of a reason why she is barking and more of a behavioural issue.

Fortunately for you, this problem can be fixed. Usually, a dog doing compulsive barking will make circles or do laps around the fence repetitively while barking.

To fix this, you can train your cocker spaniel through obedience and behavioural training.

How do you stop or minimize excessive barking from your cocker spaniel?

There are a variety of tricks you can use to stop your pup from barking. Some are pretty straightforward, whereas others need consistent training to be successful.

Overall, you will first need to know why your dog is barking before selecting a training technique.

Either way, there are three key tips to bear in mind as you train your dog to stop barking:

Beyond that, your cocker spaniel will remain one of the most notorious barking breeds around. However, regardless of the causes of barking, the following techniques can help stop your dog from barking, or at least minimize the nuisance from excessive barking:

This technique is relatively overlooked, but it can do magic. If you believe that your cocker spaniel is barking to have your attention, it is preferable to ignore them for as long as their barking lasts.

While doing so, avoid looking at them, don’t touch them, and do not talk to them as you would be rewarding them for being noisy, which isn’t your goal here.

However, you have to reward them immediately after they stop barking. That is the way to be successful with this technique.

Although the success of this method would depend on how much ingrained your dog is in barking. It doesn’t come overnight. The technique is based on the assumption that the dog will earn if it barks long enough; you will offer them your attention. Hence, by ignoring them and rewarding their quiet, they will unlearn their behavioural change.

Ensure that your dog receives sufficient mental and physical exercise consistently. A tired Cocker is unlikely to bark from boredom, loneliness, or frustration. To achieve that, you can carry out the following dog routines daily:

You can stop your cocker spaniel from barking unnecessarily by making him get used to different situations, environments, animals, and noises. This way, he wouldn’t perceive these situations or environments as threats.

Instead, he will learn to associate with them, which will gradually eliminate the barking stimuli. The ideal stage to properly socialize your dog is when it is still young.

Have your cocker spaniel fetch something for you

You can easily manage excessive barking by throwing something and then commanding your dog to fetch something for you.

It can be a ball or anything that he can fetch and bring back to you. However, its downside is that the dog, while still barking, might mistake this as a reward and keep barking even more.

You can interrupt unnecessary barking from your cocker spaniel by creating distractions. This can be super helpful, especially if you are dealing with territorial barking. By doing so, you can offer your dog a different kind of stimuli to get his mind off the barking.

Regardless of the cause, you can always create a distraction and get the dog a stimulus of its mind.

Desensitize your cocker spaniel to stimulus

You can train your dog to get used to whatever is causing them to bark. Have the stimulus brought in the dog’s view but not close enough to elicit barking.

With time, the dog would be accustomed to seeing the threat, and, gradually, he wouldn’t be prompted to bark anymore.

If your cocker spaniel barks at other dogs, for instance, use the following tricks to minimize barking:

You can have a friend who owns a dog stand insight but a little further away so that your cocker spaniel doesn’t bark.

Make your friend come closer to you, and as they do so, give your dog a treat to distract it from barking.
Stop giving treats as soon as the other dog disappears from view.
Repeat the exercise several times.

All dogs bark, and it would be unreasonable for anyone to expect them not to. But some dogs and dog breeds bark more than others.

And the cocker spaniels fit seamlessly into this category.

As a cocker spaniel owner, you should realize that excessive barking is their natural response to the situations, environments, people, and other dogs around them.

With that in mind, you can pay attention to whatever is causing your dog to bark before you can employ training techniques to stop or minimize the excessive barking.

And fortunately for you, there are numerous you can use to stop your dog from barking. Can dogs eat eggs every day? All you need to know

Can dogs eat manuka honey? Everything you need to know