Many dog owners wonder if it’s safe to give their pet cinnamon.

After all, it’s a popular spice used in many recipes. Is there reason for concern?

The short answer is yes, dogs can have cinnamon. There are no known harmful effects of feeding your dog this spice in small quantities. Cinnamon is thought to be beneficial for dogs, as it can help improve their digestion and circulation. It may also help relieve arthritis pain and other inflammatory conditions.

Is cinnamon okay for dogs?

Dogs can definitely have cinnamon – in fact, it’s a common spice used to flavour food for both humans and dogs.

However, there are a few things to be aware of before giving your pup cinnamon.

In high doses, cinnamon can be toxic to dogs, so always consult with your veterinarian before adding any new spices to your dog’s diet.

Cinnamon also has blood-thinning properties, so if your dog is on medication or has any health conditions, it’s best to avoid giving them cinnamon.

Overall, though, cinnamon is generally safe and healthy for dogs in moderate amounts.

Cinnamon is a spice made from the inner bark of the Cinnamomum tree.

It’s used in both sweet and savoury dishes, and has a warm, woody flavour.

There are two types of cinnamon: Ceylon and cassia.

Both types of cinnamon contain coumarin which is a natural compound that has a bitter taste and vanilla like smell that is used, by the plant, to deter predators and other pests.

Ceylon cinnamon is often more difficult to find with the result that it tends to be more expensive.

Cassia cinnamon is more common in Asian cooking, and it has a stronger flavour.

This is the type of cinnamon that you are most likely to find at the shops.

Cassia cinnamon contains higher levels of coumarin and you should avoid letting dogs eat this type of cinnamon.

Does cinnamon provide any benefits to dogs?

Cinnamon is high in antioxidants, which can help protect your dog’s cells from damage.

It also contains anti-inflammatory properties, which may help relieve pain and swelling associated with arthritis or other inflammatory conditions.

Cinnamon is also thought to help improve circulation and digestion.

A small amount of cinnamon added to your dog’s food may help relieve an upset stomach or gas.

Cinnamon can also help dogs that have bad breath, a small amount added to their food can help.

Are there any risks associated with feeding dogs cinnamon?

Cinnamon is generally safe for dogs in moderate amounts, but there are a few things to be aware of before giving it to your pup.

In large doses, cinnamon can be toxic to dogs and may cause liver damage.

Signs of cinnamon toxicity in dogs include vomiting, diarrhea, drooling, low energy levels, and difficulty breathing. If you think your dog has eaten too much cinnamon, contact your veterinarian immediately.

Cinnamon also has blood-thinning properties, so if your dog is on medication or has any health conditions, it’s best to avoid giving them cinnamon. 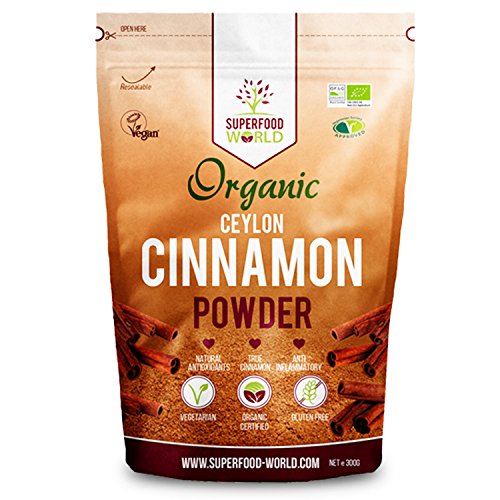 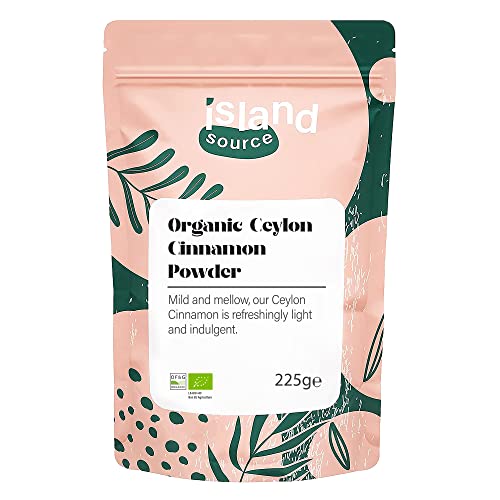 Additionally, dogs with allergies may have a reaction to cinnamon.

If you’re unsure whether your dog is allergic to cinnamon, start by feeding them a small amount and monitoring their reaction.

If they develop any symptoms such as vomiting, diarrhea, or difficulty breathing, contact your veterinarian immediately.

How much cinnamon can dogs have?

The amount of cinnamon that’s safe for dogs depends on their size and weight.

As a general rule of thumb, dogs should consume no more than 1/8 teaspoon of cinnamon per day.

This equates to about 0.5 grams or 500 milligrams.

Can dogs have cinnamon in baked food such as pastries or biscuits?

Dogs can have cinnamon in baked goods such as cake or cookies, but it’s important to be aware of the other ingredients in the recipe.

Many baked goods contain sugar, which dogs should avoid.

Additionally, some recipes may call for nutmeg, another spice that can be toxic to dogs.

If you’re unsure whether a particular recipe is safe for dogs, it’s best to err on the side of caution and find a dog-friendly recipe instead.

Nutmeg is poisonous to dogs and just a small amount can lead to serious health problems.

If you think your dog has eaten nutmeg, contact your veterinarian immediately.

Can dogs have cinnamon and honey?

Cinnamon and honey are often used together as a natural remedy for colds and sore throats.

Honey is safe for dogs, but cinnamon should be used sparingly.

As mentioned above, dogs should consume no more than 1/8 teaspoon of cinnamon per day.

When feeding your dog cinnamon and honey, make sure to use a ratio of 1 part honey to 10 parts cinnamon.

It’s also important to note that raw honey may contain bacteria that can be harmful to dogs.

To be on the safe side, make sure to use pasteurized honey.

Are cinnamon candles safe for dogs?

Cinnamon candles are safe for dogs, but you should take care to keep them out of reach.

Dogs can be attracted to the smell of cinnamon and may try to eat the candle wax.

Eating candle wax can cause an obstruction in the digestive system, so it’s important to keep candles out of reach of dogs.

If you burn essential oils then, regardless of the oil, make sure that you keep them well out of reach of your dog.

Many essential oils can be dangerous to canines with cinnamon oils being one of the most dangerous.

Cinnamon is generally safe for dogs in moderate amounts, but there are a few things to be aware of before giving it to your pup.

Cinnamon is high in antioxidants and has anti-inflammatory properties, which may offer some health benefits for dogs.

However, cinnamon also has blood-thinning properties and can be toxic in large doses.

If you’re unsure whether your dog can have cinnamon, it’s best to talk to your veterinarian first.

Can a dog have Weetabix?

Previous post : Can dogs sense lightning?
Next post : How to tell if your dog has been stung by a bee